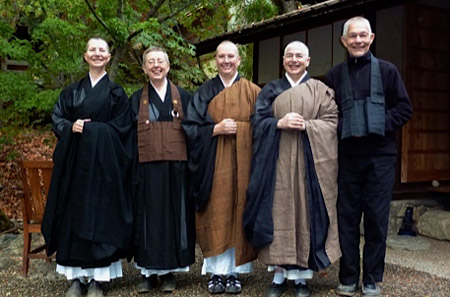 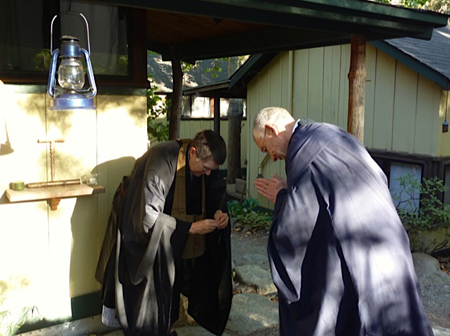 Shinshu Roberts and Jim Abrams at the commencement of one of the ceremonies in the process of dharma transmission last week. 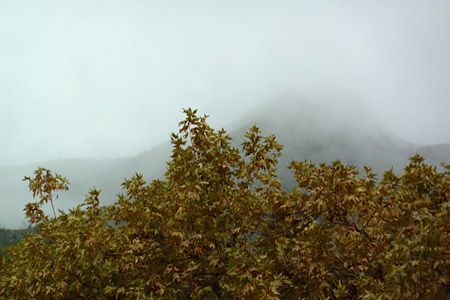 A view from Tassajara that week.

Kathryn’s new okesa is made from khadi that Shosan brought from India. Khadi is made by followers of Gandhi, who taught people how to weave as part of India’s bid for independence from Great Britain.

Having begun the process of dharma transmission in July at City Center, with Myozen Joan Amaral and Keiryu Liên Shutt, she completed it September 20 at Tassajara. Congratulations, Kathryn!