August 6, 2013
In the Midst of It: An Interview with Keiryu Liên Shutt on Embracing Change
Features | Programs

From childhood through her most recent work and practice challenges, Keiryu Liên Shutt has learned in the midst of it, and has evolved the healthy, creative path she walks today. Liên’s devotion to both her Zen practice and her work in social services is evident in this conversation. She combines experience and strength from both areas in her workshop Embracing Change: Zen and the Art of Creating a Life You Want. 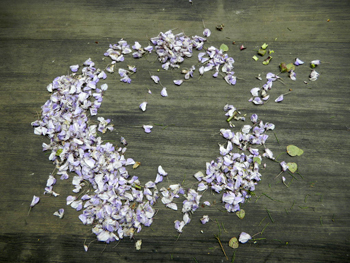 Kogan: We’re looking forward to your workshop here at City Center. It seems that “impermanence” is a familiar idea in Buddhist practice, but we are still surprised and challenged by change. Could you say something about the experience of change in your own life? What has been helpful to you navigating those changes?

Liên: I’ve had some major changes in my life. I was raised very poor, so we moved around a lot, in and out with family when my mother was too sick to work, and then back to our own place when she was well enough to work and support us again. This happened several times. Then I was adopted at age eight when she died, and was moved from Saigon to Bangkok to live with my Euro-American family. That was two big changes—death and cultural shift. There was also a shift in child-rearing practices which had a large impact on me. My adoptive parents worked for the State Department, so we moved several more times—to Virginia and then Cairo, Egypt. From there, to North Dakota! Huge cultural shifts each time. Since then, all my parents have died. All my grandparents, also. A few years ago, a sister died, too.

“Navigating” those changes was difficult. Time and maturing has helped. I’ve also had lots of help from different sources. At this point, two main areas provide me with inspiration and tools for being better prepared to meet change—practice and social work.

The Buddha’s own experience of coming to the path of practice can be seen as coming to understand the nature of impermanence, and how practice can help to meet that. First, he goes outside the palace setting of his childhood and sees sickness, old age and a dead body. He is distressed by this because his parents had protected him from it all. Then he sees a calm and serene monk. He saw those three indicators of impermanence and then was inspired to practice by that renunciate, who was an example of how to meet impermanence with grace.

From my social work background, I’ve been exposed to and have put into use some effective motivational tools which have been shown to provide people with skills for setting into motion and achieving changes in their lives.

In “Embracing Change,” participants can learn meditation practices which provide great ways to build capacity to be with change, and then be able to explore motivational techniques which give concrete ways to meet and put change into action. 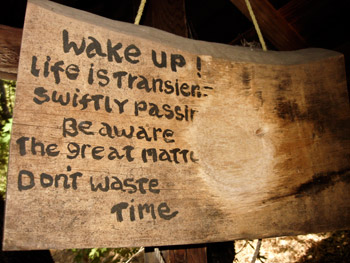 Kogan: When did you first recognize change as a creative process?

Liên: I’m not sure there was a “when.” I suppose it was by doing—and by realizing that the how you meet change is the point in which creativity can happen. Creativity has been defined as the ability to transcend traditional ideas, rules, patterns, relationships or the like, and to create meaningful new ideas, forms, methods, interpretations, etc.—that is, originality, progressiveness or imagination.

So, how do we practice to have the “ability to transcend traditional ideas”? And, by “traditional ideas, rules, patterns, etc.” here, I’m thinking of it more as, where do we get stuck? Where do I get stuck in my ideas or conditioning as to how I “should” be able to meet change? For instance, in death, how long “should” I grieve? Or in exercising, how can I look like a certain model or superstar, or fit into some number on a chart on a doctor’s wall or in a magazine?

Kogan: Recently you received dharma transmission from Zenkei Blanche Hartman, authorizing you to teach independently as one of her successors. Again, congratulations! Would you be willing to say something about the before-and-after of that experience?

Liên: Gosh, what can I say? People do ask me if I feel any different now. On one hand, nothing has changed. I went back to my day job, I go to City Center to sit and attend the same events, I’m teaching in the same groups. And, yet—there is a certain settledness. Blanche was very clear that this was about carrying on the lineage, and about her having confidence in me to do this. So, her confidence in me certainly is empowering, which brings settledness. It also brings humbleness ’cause it’s daunting.The more you practice, the more you realize that it’s a responsibility to carry on what those before you put their hearts and souls into. Non-harming. Compassion. Daunting to think I could do the same with even some sense of effectiveness that they have done!

So, it comes down to the same thing as the last question. How I do it is a point in which I can have some volition.  With time and practice, to be able to do it with creativity and grace is what I can hope for!

Kogan: Is there anything else you would like to say about your work or your practice in the light of “embracing change”? 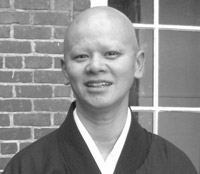 Liên: Moments of change, “good” ones and “bad” ones, are points of transition. One can either go kicking and screaming, or go with graciousness. Like most things in life, the more one can bring awareness to what’s happening right now and have some tools, skills and capacity to meet these moments, the more one finds that ease and graciousness are accessible in the midst of it. Change happens. Preparation helps.
__________

To continue the conversation with Liên, sign up for her workshop Embracing Change: Zen and the Art of Creating a Life You Want.