“Branching Streams” is Zen Center’s network of affiliate sanghas, large and small, currently numbering thirty-six around the world, and growing. It was formed to support both the mutual relationships among the many groups in the Suzuki Roshi lineage, and their relationship with SFZC. Through the Branching Streams network we hope to nourish each other’s practice, and to find new ways to benefit each other. 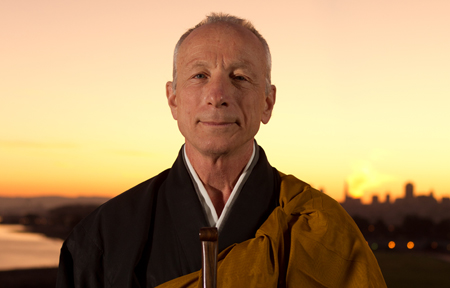 In order to facilitate this work together, SFZC has invited Daito Steve Weintraub to serve in the position of Affiliate Sanghas Liaison. Steve began practicing at Zen Center in 1968; received dharma transmission from Sojun Mel Weitsman in 1993; and is the guiding teacher of one of the affiliate sanghas, Presidio Hill Zen Group. Steve has lived at all three Zen Center practice places and currently lives at Green Gulch Farm. He will begin in January 2013. In response to the invitation, Steve said:

“I am enthusiastic to begin this work. I see the affiliate sanghas that comprise the Branching Streams network as such a wonderful manifestation of Suzuki Roshi’s spirit and lineage. And I look forward to practicing together with all of the member groups.”