Summer Guest Season Comes to a Close
by Heather Iarusso

September is always a time of transition at Tassajara as the valley settles into stillness with the end of guest season. More than 5,000 people passed through the Tassajara gate this summer to attend retreats, meditate, relax in the hot springs, and swim at the narrows. 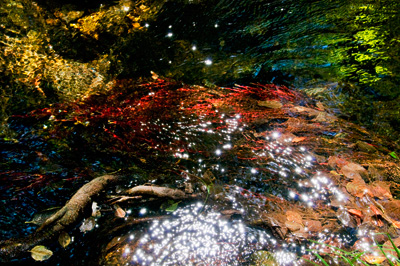 The guest season ended Monday with the traditional gate closing ceremony officiated by the Tanto (Head of Practice), Greg Fain. Students and residents gathered at the weathered gate, chanted The Heart Sutra (PDF), and listened as Director Mako Voelkel and Shika (Guest Manager) Judith Randall read the names of every student who worked this summer to maintain the monastery.

After the gate was securely latched, the residents participated in a ground-breaking ceremony for the new gate, which is being designed by renowned architect Paul Discoe and the Zen Joinery Apprenticeship Program. Tom Little Bear Nason of the Esselen Tribe, Tassajara’s closest neighbor and owner of Ventana Construction, played his traditional flute and smudged the ground as a blessing. Little Bear and his crew will prepare the ground to receive the new gate, which will be ready for the opening of the 2013 guest season. The apprentices will learn traditional Japanese joinery while designing and building the new gate. 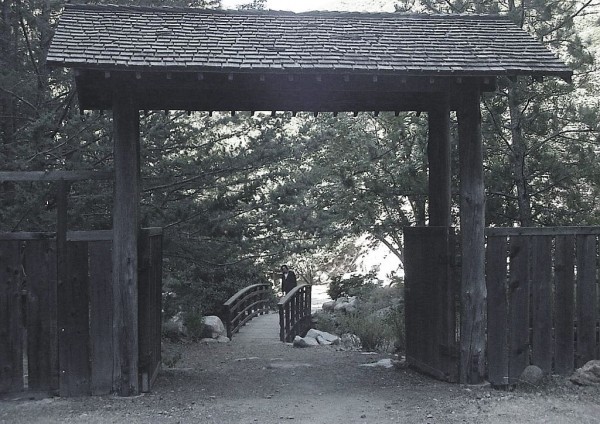 The apprenticeship program runs for 8 months until April 2013 when the gate, which will be built in Paul’s workshop in Oakland, will be assembled at Tassajara during the spring work period. Paul Discoe, who leads the program, is a master craftsman in Japanese joinery and was ordained by Shunryu Suzuki Roshi and designed and built the Kitchen, Zendo and Kaisando at Tassajara.

In this Year of the Dragon, however, there’s more change afoot than usual for September. Three pillars of the sangha are leaving Tassajara to go on pilgrimage. And though there’s no coming and going, the absence of their presence will be felt as acutely as a shadow missing in the sunlight: Senior staff members and long-term residents Mako, Graham Ross, and Judith Randall are taking sabbaticals.

“I want to discover what my practice is outside of this valley,” Mako said. She’s been the Director since January 2010 and has lived at Tassajara for 10 years. She and Graham Ross, the current Ino, are traveling to India and Southeast Asia together to study and volunteer. Graham, who arrived at Tassajara in 2004, will become a resident monk for several months at The Venerable Pa-Auk Tawya Sayadaw’s forest monastery in Burma. Graham and Mako have created a blog to help them stay in touch with the community. 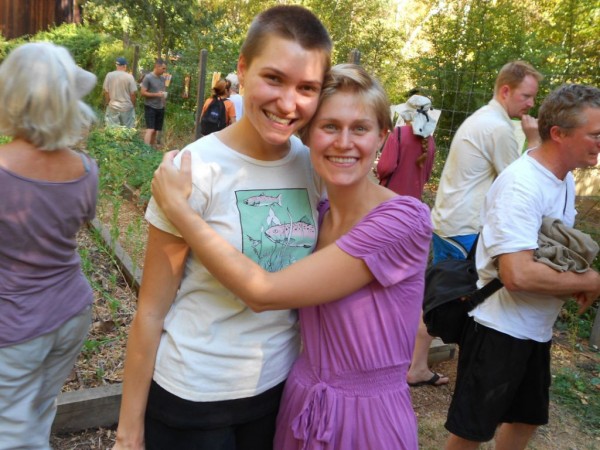 During her tenure as Director, Mako has overseen the building of the retreat center, the re-erecting of the bridge over Tassajara Creek, upgrading student housing, installing the new Torii, helping to draft the plan to replace the existing main gate, and revamping the summer work practice apprentice program.

The students’ enthusiasm and creativity was on display this past weekend during an art show curated by Meryl Dancinger, head of bag lunch. More than fifty works of art from paintings to sculptures to papier-mâché were arranged in the lower garden amid the flower beds, rocks, and trees. “Our students this summer have been fantastic,” Mako said. “Their wholehearted practice has filled the summer with a friendliness and equanimity that has pervaded the whole valley.”

Judith Randall is also leaving the valley after living here for nine years. Judith, who is taking a three-month sabbatical, is going to participate in a silent retreat with Gil Fronsdal, visit with her family, and travel to India.  “My attitude since I arrived was that I wasn’t planning to go and I wasn’t planning to stay,” Judith said. “My leaving now is about taking what I’ve learned here on the road.”

Mako, Graham, and Judith are spending six weeks in India where they will be assisting Senior Dharma Teacher Ryushin Paul Haller and others with building a zendo (PDF) on property owned by Shindo Gita Gayatri, who was ordained as a priest in 2009. The trio’s departure not only leaves a gap in the heart of the sangha, but also means changes in the leadership. There will be four new members of senior staff. Linda Galijan, who received Dharma transmission from Sojun Mel Weitsman in April, has accepted the position of Tassajara director. 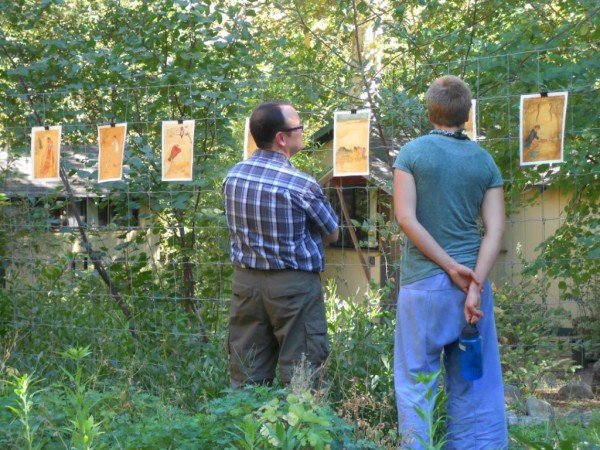 At the Art Show

“When I first moved here 10 years ago, it was because I wanted to be an integral part of the working whole, immersed in practice and serving the sangha,” Linda said. “So I’m deeply grateful for this opportunity to care for Tassajara in this new role. And, I’m very happy to be working with a new generation of leadership.”

The summer was not only filled with guests, but also with many Dharma teachers who graciously offered classes for the students: Richard Baker Roshi, Gil Fronsdal, Eric Greene, Reb Anderson, Paul Haller, Grace Schierson, Kokyo Henkel, and Daigaku Rumme.

This summer has also been a summer of many firsts at Tassajara. Hand-crafted lamps with LED lights have replaced many of the kerosene lanterns that illuminate the path. A torii gate stands on the trail to the Suzuki Roshi memorial. And eight students have finished the inaugural Zen Kitchen Apprentice Program where students studied Dogen’s Tenzo Kyokun with Graham, a former Tenzo (Head of Kitchen Practice). “I learned a lot about cooking, Zen, and myself while being a guest cook,” Caitlin Burnham said. “Maintaining zazen mind was an essential ingredient in preparing every meal.”

This week, the work period sangha will begin to arrive, helping residents with the transition from guest season to the 90th Practice Period, which starts on September 24th with over 50 students participating.

We extend our deepest gratitude to all who contributed their presence and efforts to the 2012 Tassajara Guest Season.