On February 11 and 12, San Francisco Zen Center will honor Ryushin Paul Haller as he steps down from his position as City Center Abbot and Kiku Christina Lehnherr as she steps up to become City Center Abbess.

While everyone in our wider sangha is welcome to attend, please bear in mind that space is limited at City Center. Most seats in the Buddha Hall will be reserved for those participating in the ceremonies.

To include both the near and wider sangha in these celebrations, both events will be live video streamed on SFZC’s channel at Livestream. 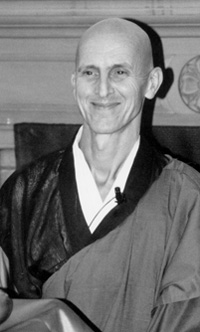 Ryushin Paul Haller became co-abbot of SF Zen Center in 2003, and was named City Center Abbot in 2010 as part of the abbacy restructuring. 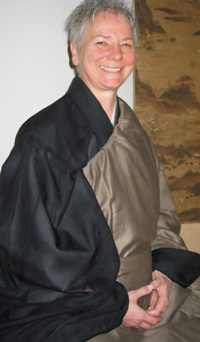 Kiku Christina Lehnherr served as City Center Tanto 2003-2006 and returns to City Center as she assumes the position of Abbess.