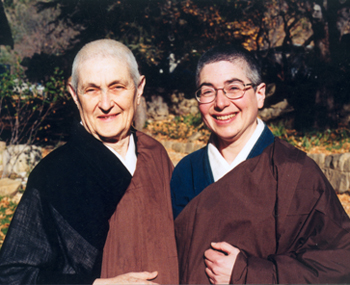 In Julian’s introduction, he writes: “In particular, Victoria speaks of an emphasis on everyday life as the field of practice, of lay people moving from a supportive to a creative, participative role, the rise of women leaders, and the development of more communal structures of leadership.

“Several features of this conversation I find worth highlighting, especially in light of previous interviews. San Francisco Zen Center represents a unique translation of a monastic tradition that exhibits great flexibility, while retaining ancient practice and teaching forms. To my mind, this illustrates a wonderful ‘middle way’ between what I see as the institutional inertia of classic Christian monasticism, and the relative lack of continuity or rootedness among communities identified, for instance, with the fledgling New Monasticism movement. 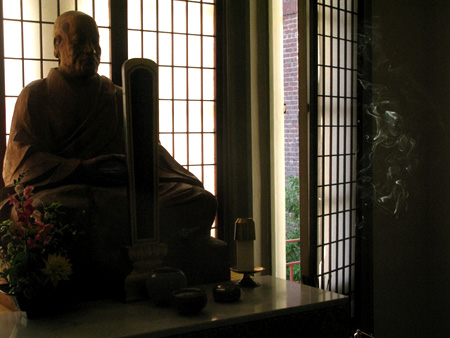 “The integration of lay and ordained, monastic and householder, and the flexible permutations among these categories, along with the fluid variety of practice and lifestyle options the three Centers foster, provide a striking example for Christians seeking new forms for an emerging ‘new monasticism.’”

NOTE: The photo identified on the Emerging Communities web site as Tassajara is actually of Green Gulch.