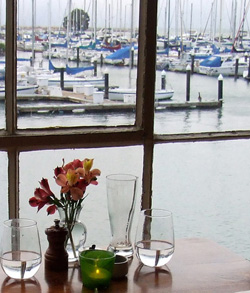 Bauer wrote that in the area designated “Square 4,” which includes Fort Mason, parts of Fisherman’s Wharf and Union, Chestnut, and Polk Streets as well as Pacific Heights and Russian Hill, Greens was chosen “to represent this square even though it’s a relative newcomer.” Read the full article.

Annie Somerville, cookbook author and chef at Greens for more than 25 years, brings the concept of “fresh” to the menu year after year. She incorporates seasonal produce grown at Green Gulch Farm, including their famous potatoes, greens, and beets, appreciating the connection of the restaurant to San Francisco Zen Center and to the labor of love that is reflected in Green Gulch’s organic farming and gardening. 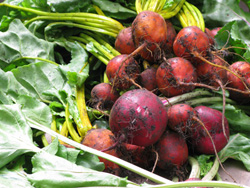 Video of Greens by Tim Maloney
Narrated by Annie Somerville