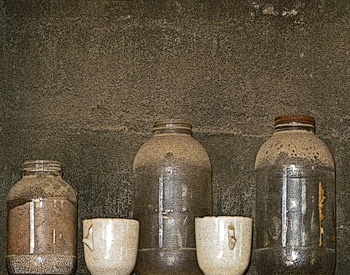 “Teach me, O God, a blessing, a prayer
on the mystery of a withered leaf …”
— from a Jewish prayer

Sonia Melnikova-Raich was born in Moscow and has been living in San Francisco since 1987. She was trained as an architect and artist. Later in life she discovered photography but her training remains present in her works which often resemble painted or drawn media. As to her objects, she looks for grace, poetry and mystique in the most common of things. In that respect she feels strong affinity with the Japanese philosophy and aesthetics of wabi sabi, with its focus on the transient nature of things, acceptance of their  impermanence, and reverence for the beauty in old things with all imperfections that occur with age; marks of time, wear and loving use, such as scratches, patina, or rust. It accepts the natural cycle of growth, decay, and demise, and, in the words of Andrew Juniper, cherishes the fleeting nature of beauty in the physical world that reflects the irreversible flow of life in the spiritual world. 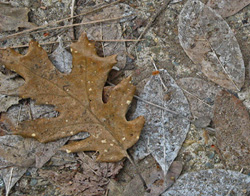 Mystery of a Withered Leaf

The definition of wabi sabi is just as elusive as the beauty it reveres. The Japanese word wabi had the original meaning of sad, desolate and lonely, but poetically it has come to mean simple, nonmaterialistic, humble, tranquil, and in tune with nature. Sometimes your eye and mind come to rest on a beauty so common it exists unnoticed in plain view. The wear pattern of a broom, the way a leather chair has been molded by the human body, the multi-hued stains of lichen on a terra cotta pot—the understated beauty in simple and familiar old things. But there is also something in the decay of old things that evokes sadness and nostalgia for the vanished past.

The word sabi connotes natural progression—tarnish, hoariness and decay, and could be translated as “bloom of time,” as well as “to grow old.” Eventually its meaning evolved into taking pleasure in things that are old and faded; the leaves that are falling; the muted colors and earthy aroma of a late fall forest. “It encompasses a sort of somber longing  and nostalgia I feel sometimes when I am trying to capture barely visible or disappearing things—subtle reminders of time passing by on the forest floor, deserted beaches, or abandoned ghost towns—the remnants of our everyday, gradually descending into oblivion,”  says the artist. 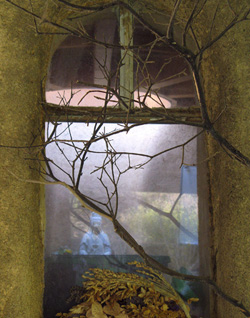 The images in this exhibit come from “Wabi Sabi,” “Zenscapes,” “Old Things,” and “Left Behind” series. They have been captured during the last five years and include, among others, photographs taken in and around the Green Gulch Farm Zen Center, ghost towns in California and Arizona, and during the artist’s recent trip to Japan.

Sonia Melnikova-Raich exhibits locally and nationally. She has been a finalist in many local, national, and international juried exhibits and her works from the “Left Behind” series received several awards and have been featured in Diffusion: Magazine of Unconventional Photography. Two of Sonia’s works, “Left Behind” and “Morning Paper,” were acquired by the City of Lafayette Permanent Art Collection for the new Lafayette Public Library. 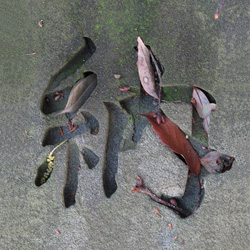