The Buddha Soto Zen Center in Hialeah, Florida, together with Florida International University’s Asian Studies Program, invites you to join in the upcoming “Bringing Dogen Down to Earth” conference on November 12, 2011 from 9:30 am to 5:00 pm at the Modesto A. Maidique (University Park) Campus’ MARC Pavilion. The conference is also co-sponsored by FIU’s Program for the Study of Spirituality and Department of Religious Studies. 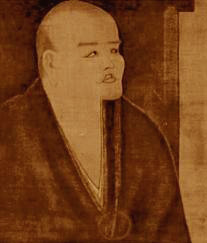 Eihei Dogen (1200-1253) was a Japanese Zen Master who is considered the founding patriarch of the Soto Zen School of Buddhism, the largest Zen sect in Japan. Dogen is well known for his emphasis on shikantaza, or “just sitting,” as well as community practice, the study of Buddhist literature, and his unique interpretation of koans. His major writings include Shobogenzo (The True Dharma Eye Treasure) and Eihei Koroku (Dogen’s Extensive Record), both of which are collections of his sermons, and Eihei Shingi (Pure Standards for the Zen Community), among others. All three works are available in English translations.

The significance of Dogen’s work lies in its potential to benefit and transform humankind. By drawing on the rich religious and philosophical essence of his contemporary Japanese culture, as well as Chinese religion and literature, Dogen formulated new insights into the Buddha’s path toward liberation for all beings. His works have been recognized by modern commentators for their philosophical insight, spiritual power, and literary eloquence. These classical teachings have generated tremendous worldwide interest and remain timely and relevant for all communities, East and West, in the present day.

The conference will feature five prominent, internationally-recognized figures in studies of Dogen’s life and teachings. Each of these guests have either studied or worked closely with researchers and thinkers from Komazawa University in Tokyo, which houses the leading Buddhist Studies Department in Japan, and include:

Admission is free and open to the public. No registration is needed. Seating will be on a first come, first served basis. The program will include opportunities for questions and group discussion.

Contributions toward expenses can be made through the “Donate” button on the event page.

This description is from the web site of Buddha Soto Zen – Daishin Zendo.